This is the biggest notch allowed. The paint is just whitewash and easily comes off. 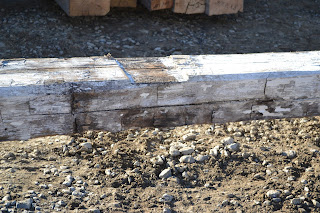 This beam should not have gone on the truck! It was supposed to have been cut down. Mistakes are not supposed to happen. The customer was not charged for this beam. It was too rounded, too bent and curvy. There is actually about ten feet of good, 4-corner'd, hand-hewn beam here. The rest can be re-sawed into 4/4 for flooring, but since it wasn't what the customer ordered, they didn't have to pay. 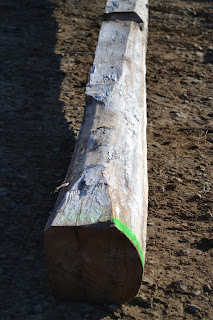 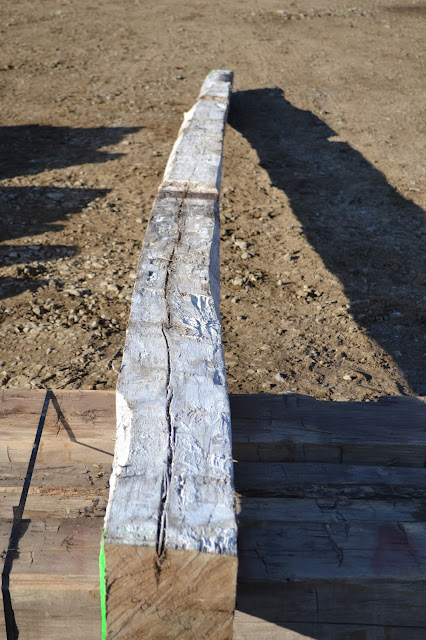 This was supposed to be all 8/4 Oak. Somehow a few pieces of Black Locust escaped my eye. One pack of planks was consistently 8/4 Oak, but the other had 7/4 and even 6/4. The confusion was in the occasional use of the word "two by eight." A finished 2/8 is usually 1/5 inches wide, and the guys doing to loading misinterpreted the order of "2 inch." Sometimes it doesn't matter, and sometimes it does. We try to consistently use the /4 terminology. 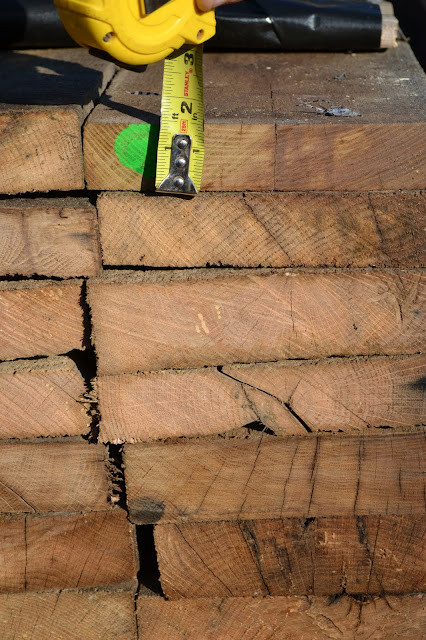 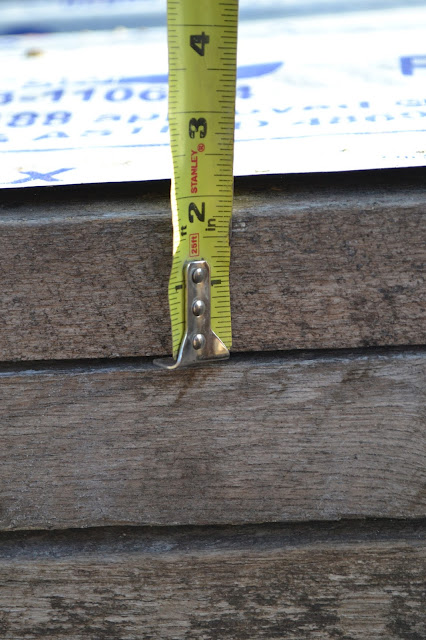 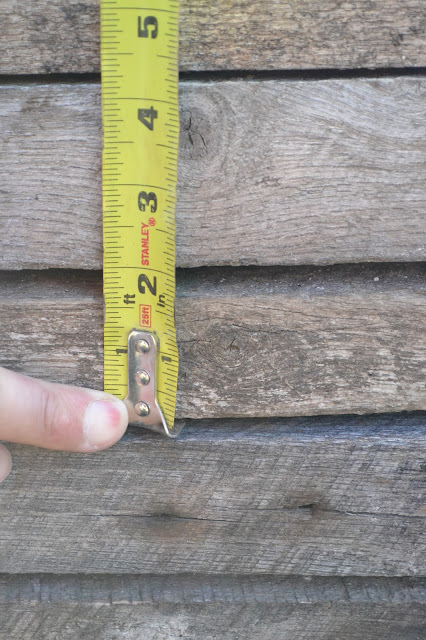 Each plank with a green dot is actually Black Locust. It's beautiful wood! But it doesn't belong in a pack that's supposed to be 100% Oak. 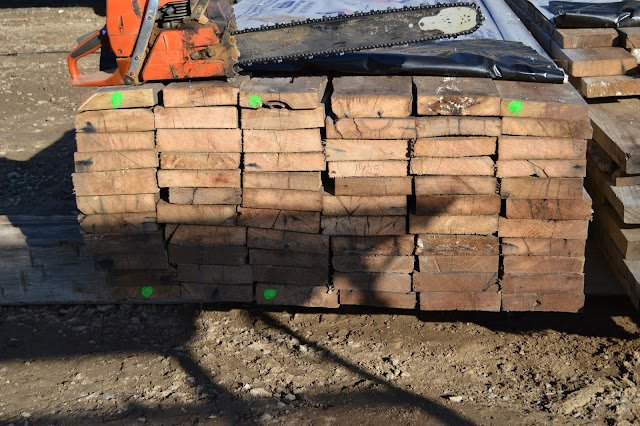 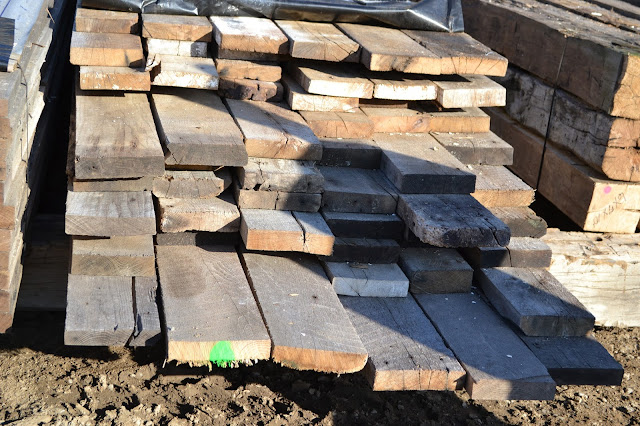 Depending on the use of the beam, this "Wind crack" is acceptable, or not acceptable. The theory of a "wind crack" comes from the idea that the sapling/heartwood can separate from the main tree when the tree flexes in the wind. 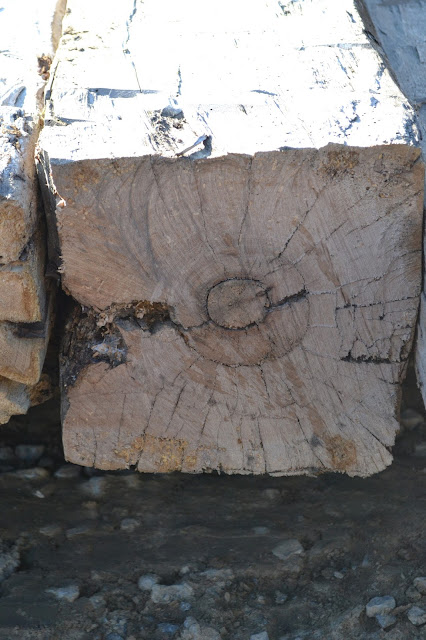 This "wind crack" is more extreme. It gives the beam character, but it also weakens it, and it makes it less valuable for re-sawing into 4/4 planks for flooring. 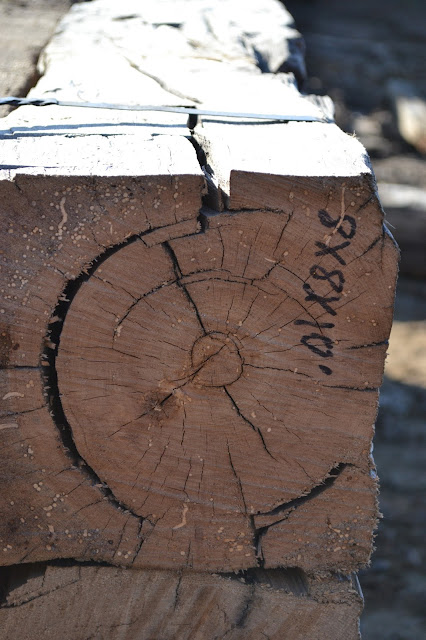 This center rot needs to be trimmed off before selling, if the beam is to be used for structural support, or for re-sawing. A purely ornamental beam can sometimes be used with minimal center rot. 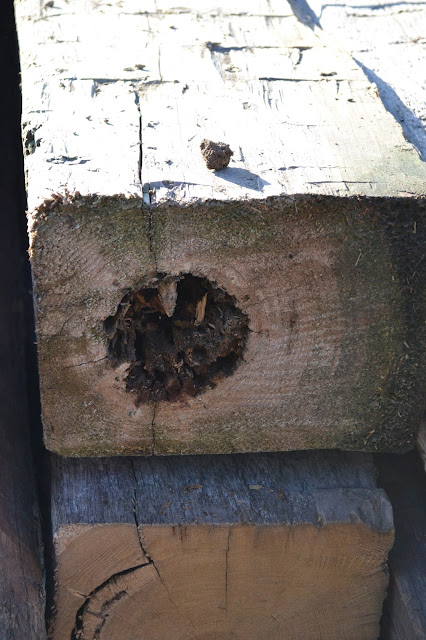 Laying out for grading and scaling. Each log is turned 360 degrees, graded, and measured. We categorize it by species, quality, color, integrity, and length. 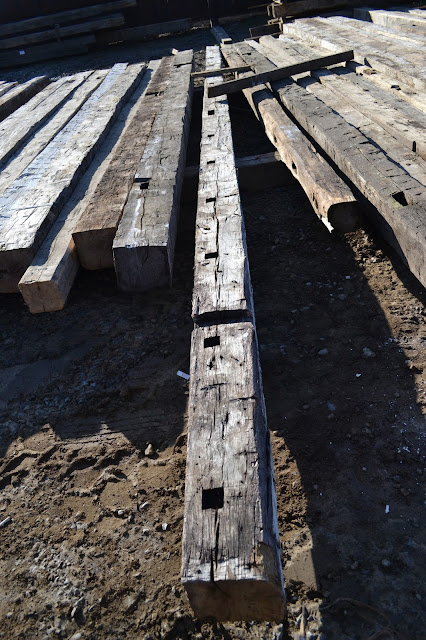